The biggest dealbreakers for U.S. homebuyers

Despite fierce competition in the housing market, nationwide, potential homebuyers still have dealbreakers — and they’re revealed in a new study by HomeAdvisor. The home improvement website surveyed nearly 2,000 recent homeowners to determine what, exactly, might prevent a sale.

The main dealbreakers centered around exterior issues, closely followed by imperfect weather proofing and, more generally, a large apparent number of necessary repairs. Forty-nine percent of respondents rated problems on the exterior of the house, including bad siding or loose bricks, as a primary concern. Forty-six percent expressed concern over weatherproofing issues. Other problems which ranked highly on the homeowners’ lists were cracked walls or ceilings, bad remodeling and drainage issues.

Drawbacks which mattered the least to homebuyers were the location of a home in a fire zone, the presence of lead paint or radon and undesirable landscaping. 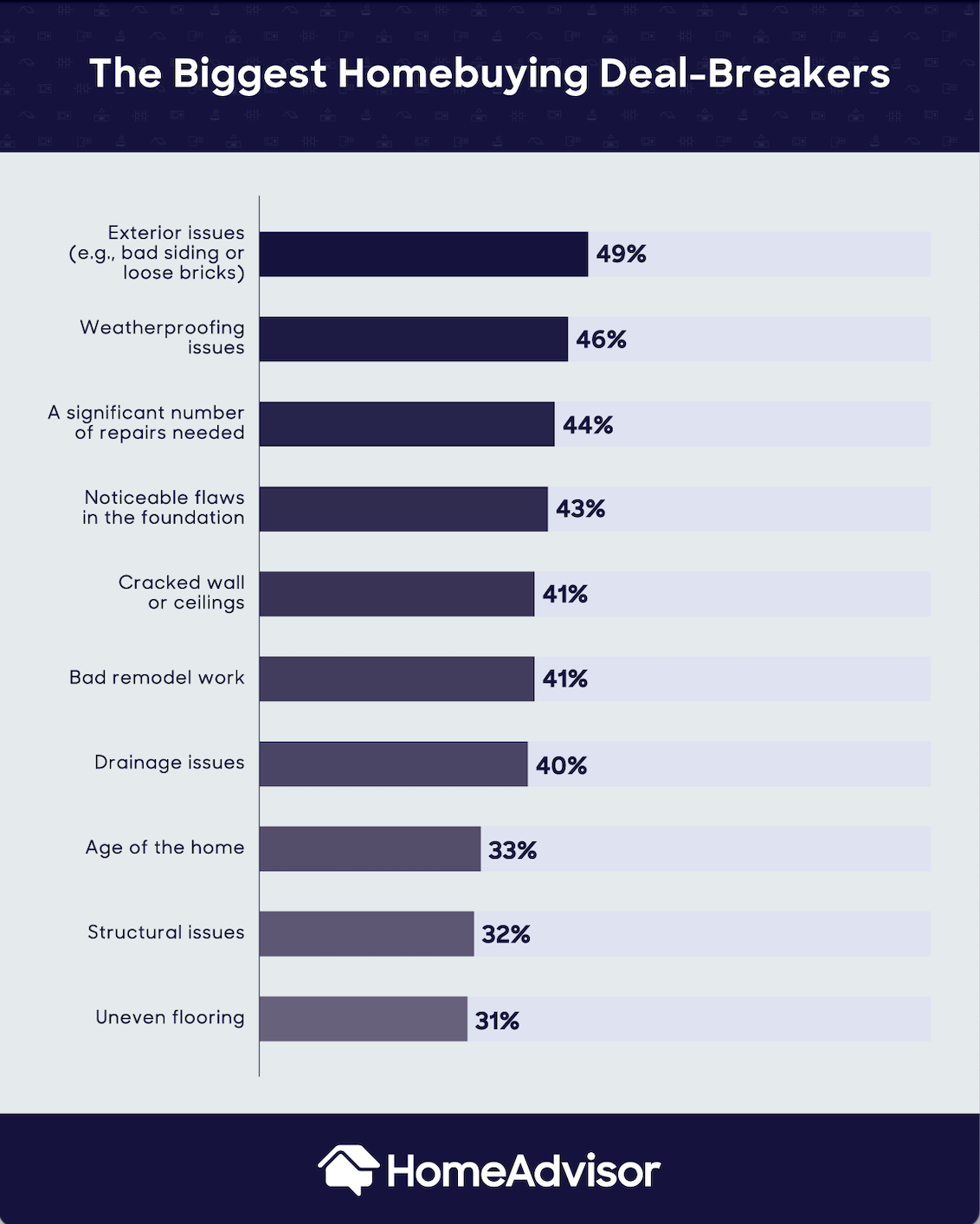 However, overall, it’s the price and size of a home which matter most to buyers —followed closely by the inclusion of an updated kitchen. These are matters which have figured heavily into the homebuying process, particularly throughout the pandemic. Also due to pandemic stresses and constraints, HomeAdvisor reported that 84% of respondents admitted to deciding on a home before they felt fully comfortable committing.

NAR tips to comply with the Fair Housing Act