What do buyers want to see in your real estate listing marketing? Agents could be missing out on sales because of listings with mediocre photos and the absence of floor plans, virtual tours and other details that make the property stand out to buyers, according to a new report by real estate marketing firm BoxBrownie.com.

The report takes a closer look at what BoxBrownie Global Director of Sales Marketing and Revenue Peter Schravemade calls one of the most underrated sections of the National Association of Realtors’ Home Buyers and Sellers Generational Trends report.

He notes in the report that the NAR stats show that 89% of prospective homebuyers want to see listing photos, 67% want floor plans and 58% would like a virtual tour.

Professional photography a must

Schravemade adds in the report that brokerages have a duty to their agents to make sure quality photography is used in every listing — even if the pictures are shot by the agent.

“We do believe educational institutions and bodies should take greater responsibility in training listing agents as to how to go about marketing a home for sale or lease,” he wrote. “Part of that training should include sections on what constitutes professional photography.” 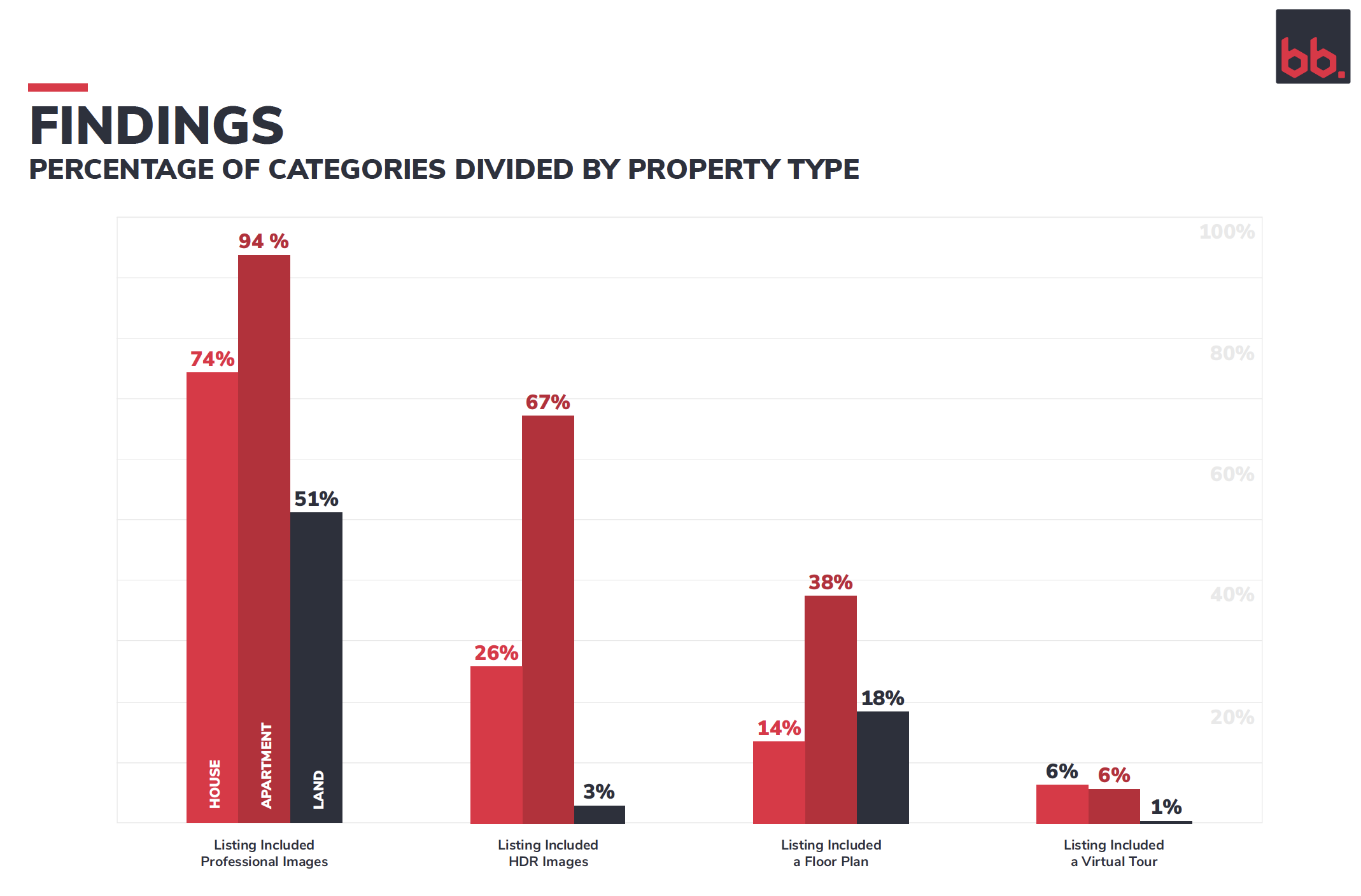 The BoxBrownie report believes those figures are exaggerated by the area of the country surveyed, sample size and other factors. “Other research is simply looking at links provided within listings and assuming they are virtual tours rather than videos or slideshows,” Schravemade said in the report.

The conclusion: virtual tours could give agents an edge with their listings. “They are no longer difficult to shoot, cost-prohibitive, or time-intensive,” the report states. “Importantly, purchasers value them highly in decision making around the purchase of a home.”

Back to the drawing board

Just under 10% of listings of single-family homes offer floor plans, but more than two out of three homebuyers want access to them. “This is not a figure worth shouting from the mountaintops, but it certainly is an improvement on the previous number we had from a 2015 study, which said that only 5% of MLS listings included a floor plan,” Schravemade said in the report.

BoxBrownie suggests asking every seller if they have floor plans available. These might be available through the appraiser, as floor plans are often included with appraisal documents.

If they’re not available, retail outlets like Home Depot offer plan draws starting at about $100.